The neurobiology of giving

The neurobiology of giving

As many of us are immersed into the final frenzy of Christmas gift buying, the thought of battling the crowds to find that pair of socks for dad can be a daunting one. However recent research suggests that rather than induce a headache, shopping for gifts can actually be good for us. In a 2008 study from the University of British Columbia, subjects rated their level of happiness before being randomly allocated to different spending conditions - to either spend money on themselves or spend money on others (prosocial spending).

Subjects once again rated their level of happiness after spending the money. It was reported that subjects who spent money on others rated themselves as happier than subjects who spent money on themselves. Interestingly, this increase in happiness did not depend on how much money was spent. The researchers also found, however, that when subjects were asked to imagine what they thought would make them happier, most thought it would be personal, rather than prosocial, spending, suggesting that we are largely unaware of the benefits of giving.

Researchers at the University of Oregon used neuroimaging to identify which brain structures may be involved in prosocial or giving behaviours. This revealed that the centres of our brain implicated in pleasure and reward, the caudate, nucleus accumbens and insula, are also activated when people engage in acts of altruistic giving, such as donating money to a charity. So, it would seem that the brain’s pleasure centres do not only respond to what we want and like – they also track what is good for others too! 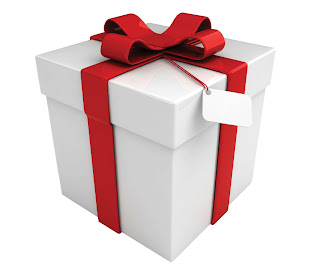 Who would have thought gift giving is so good for us and that the brain gets the same warm glow from buying that box set of socks for dad as when experiencing the delight of a tasty meal or a lottery win! Makes you want to go out and finish that Christmas shopping!

We’d love to hear your comments (below) or contact us for any queries.