The Neuropsychology of Depression 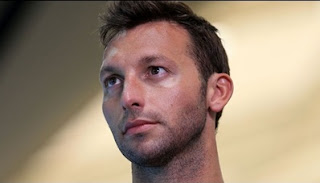 In his recently released autobiography, Ian Thorpe describes how he has suffered from depression most of his life. Like many young Australians with depression, the 30-year old revealed that he kept the illness behind closed doors to the point that not even his family and close friends were aware of his battle with the mental illness, and rather than seeking professional help he would instead often turn to alcohol. He recalls in his book periods of low mood that would often last a month, during which he contemplated suicide.

Depression is not uncommon in young Australians, with approximately 160 000 individuals between the ages of 16 to 24 years of age living with the mental illness. Like Thorpe, a high percentage of sufferers experience suicide ideation and such individuals are at increased risk of completing suicide.

Depression is mainly known for its affect on mood. A lesser known fact is that sufferers also exhibit a number of neuropsychological impairments. Research has shown that individuals with depression have poorer episodic memory and slower psychomotor speed. In addition, those with depression exhibit difficulties with problem-solving, planning and mental flexibility.

The range of cognitive impairments seen in individuals with depression is the consequent of several biological changes in the brain. One of the most widely researched biological dysfunction concerns a deficiency in Serotonin, an important neurotransmitter that is known to mediate memory and learning. Brain MRI studies have shown that, relative to healthy controls, individuals with depression have decreased activity in the frontal lobe, an areas of the brain important for problem-solving, planning and mental flexibility. In addition, research has shown that depressed people exhibit abnormal activity in the amygdala, an area important for processing emotional aspects of information.

Thorpe described that after years of suffering with depression he finally consulted with his doctor who prescribed medication “but little in the way of explanation”. Ironically, he noted that this consultation isolated him further as he felt he "now had a secret and no one to share it with.”

While most antidepressant medications are thought to improve symptoms of depression by correcting deficiencies in Serotonin, they are not affective in addressing the important psychological component of the mental illness, namely negative and maladaptive thinking-patterns. This is usually addressed by supplementing antidepressants with some form of cognitive therapy. Interestingly, there is some preliminary evidence to suggest that cognitive therapies may in themselves alter neural circuitry and normalise abnormal amygdala and frontal activity. Whether these changes lead to corresponding neuropsychological improvements, however, is yet to be determined.